How to Prepare for Stimulus Funding

Now that the $2T Phase 3 portion of the Coronavirus Aid, Relief and Economic Security (CARES) Act has been officially signed into place, attention is being turned towards a potential Phase 4. The goal of Phase 4 would be to jump start the US economy by making critical infrastructure investments. As President Trump tweeted, “It should be VERY BIG & BOLD, Two Trillion Dollars, and be focused solely on jobs and rebuilding the once great infrastructure of our Country! Phase 4.”

Treasury Secretary, Steve Mnuchin has held discussions with both Republican and House Democratic members of congress regarding this package, resulting in large differences in the overall amount of financial relief.  President Trump would like to see $2T over 10 years while the Democrats are leaning towards $760B over 5 years. Interest in infrastructure spending is not just limited to the political circles in Washington.  Many industry associations such as the American Association of State Highway & Transportation Officials (AASHTO) and the America Highway Users Alliance (AHUA) have written letters to members of Congress pushing for this bill.  Even prominent non-politician, non-industry figures like Mark Cuban have recognized the importance of infrastructure investment, especially in next-gen technology. With this impending legislation, the million dollar – or rather trillion dollar – question becomes: What can state DOT and local public works agencies do now to prepare for a massive infrastructure stimulus package?

As we recall from the American Recovery and Reinvestment Act (ARRA) of 2009, projects that were considered “shovel-ready” received priority for funding instead of rewarding funds on a first come, first serve basis. The first task at hand should be deciding which projects to expedite to shovel ready status. I would encourage local transportation agencies to utilize a coordinated, data-driven approach to identify the most needed projects

Classification systems such as Pavement Condition Reports and Benefit-Cost Ratio Analysis (BCA) are just two tools agencies use to prioritize road and highways repair needs.  For example, the Oregon DOT performs a biennial pavement report on its high traffic roads using a Pavement Data Collection Vehicle. This detailed analysis accurately gathers data and then assigns a score from 0-100, with the Fair-Better Line at 46. The agency recognizes that, “Timely maintenance and preservation by performing the right treatment to the right road at the right time is by far the most efficient way to preserve the public’s investment.”

Local agencies such as McLean County in Illinois use BCA to determine the ranking of roads for repair and replacement.  This kind of analysis not only uses the initial capital costs, but also factors in other variables such as improvements in public safety, limiting effects of adverse travel and life cycle costs. Applied correctly, BCA can support the selection and prioritization of projects that have the best potential to achieve long-term performance objectives of transportation investments. In a recent analysis, the county looked at 20 potential projects and ranked them according to their benefit-cost ratio number.  The projects with the greater B-C ratios would most likely get priority over projects ranked much lower.

Using identification systems like these should only be part of the overall infrastructure planning process. Once a project is identified, the next step is to evaluate design solutions for their ability to stretch investment dollars further. Some examples would include improving resiliency of roadways, reducing construction costs and time, and increasing safety of construction. Making these types of evaluations may be standard procedure for state DOTs or other large design groups, but for local municipalities, calculating and comparing this data can be very time consuming and costly. However, local agencies and designers can benefit greatly by relying on technology already developed by companies catering to the needs of public works departments. 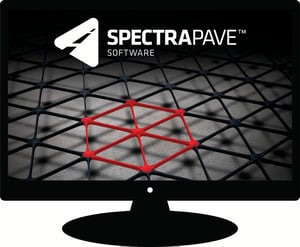 With the potentially massive infrastructure bill on the way, municipalities that start prioritizing highway and road projects, and completing design work now will be the ones that reap the greatest benefit.