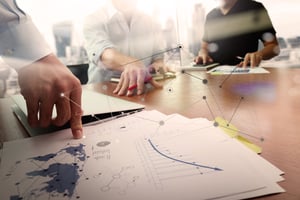 In 2009, the American Recovery and Reinvestment Act was signed into law to revive the economy teetering on the brink of a major depression. A portion of these stimulus funds were designated for infrastructure improvement to create jobs and invest in our nation’s future. About a decade later, we find ourselves in familiar territory as congress debates another stimulus bill to jump start the economy devastated by COVID-19. This unique position allows us to look back and think about what could be done differently this time around. We asked our panelists to offer their opinions on how a potential stimulus bill could be improved.

What were the good and bad points seen in the last Infrastructure Stimulus Bill? If you were to recommend a change to how the last bill was structured, what would it be?

From our perspective, projects that are in the planning stage for construction are better projects than simply maintenance projects. Planning projects that go to construction provide better long-term value for the owner and the taxpayer. Also, stimulus money going directly to offset lost sales tax or gas tax revenues would be well spent as it would also help local cities as well.

Obviously, projects should be shovel ready, but we invest in longer duration projects so as to sustain the economic recovery over a longer period of time.

A new infrastructure bill needs to be an all-of-the-above strategy with a balance of design and construction. When states cleared their boards of everything ready to go to construction and little design was done, it left a void and the additional impact on design and construction lasted longer than it should have. This bill must make allowances for design, construction, maintenance, and operations, include both conventional and alternate delivery methods and be a mix of large and small projects so all sizes of firms can be engaged and supported.

Good point - much needed funding. Bad point - did little to improve the overall condition of infrastructure. A new stimulus should provide long term solutions. To do this, we must break down bureaucratic processes which increases cost and schedule and we must require proven effective asset management for any agency requesting funding.

If you were to recommend a change to how the last bill was structured, what would it be? Good: money went promptly to states and other entities, enabling them to avoid some cuts. Bad: the emphasis on job creation, immediate commitment of funds and “maintenance of effort” by state DOTs meant too much of the money went to short-term projects of little lasting value; not enough to adding to capacity, productivity, safety or quality of life.

The good point of the last stimulus was that it helped sustain 2009 funding levels for state departments of transportation and was promptly delivered. The bad point(s) include the inadequate transportation spending levels and the stimulus, in some ways, delayed the full authorization of the SAFETEA-LU surface transportation law from moving forward.

Treating it as a separate program with its own set of rules caused two systems of tracking. The most efficient method of stimulus funding would be to add it to the formula funds, increasing the obligation authority accordingly. All other rules and reports then would remain the same.

The last bill did get a lot of people back into the workforce and did get the economy jump started, which was great. Not sure the right projects are the ones that always got built.

Recognition of the complexity of the federal program and how it is structured to help small agencies use the revenue for their projects. CCTA pushed for what we call the “Single Document” and it was included in the FAST Act. In order to allocate and expend federal dollars, a project must have a NEPA environmental document. In California, we also have CEQA. To “federalize” a project, you must have a NEPA document, and if you want to spend any state dollars on the same project, you need a CEQA document. Under the Single Document decision, local agencies like CCTA could have the ability to just do a CEQA document (which is more stringent than NEPA) to expend federal dollars, but the State of California has not completed the requirements as laid out in the FAST Act to allow agencies like ours to take advantage of this efficiency. Also, in the last infrastructure stimulus bill, the ARRA dollars were for construction. It would be great to have the flexibility to also use stimulus dollars to help get projects ready to go to construction – which is often a very long and expensive process.

The ability to get the money out into the economy in a rapid fashion was great. Unfortunately, many of these projects were low in complexity and thus had limited reach into the supply chain. This meant that the stimulus dollars didn't reach far enough into the economy to produce the intended holistic impact.

We thank our knowledgeable group of panelists for their valuable insights on previous infrastructure stimulus bills, and their opinions on improvements for any upcoming stimulus packages. Next week, our final installment of this series will focus on the best ways to prepare and plan for implanting potential stimulus funds for infrastructure projects.